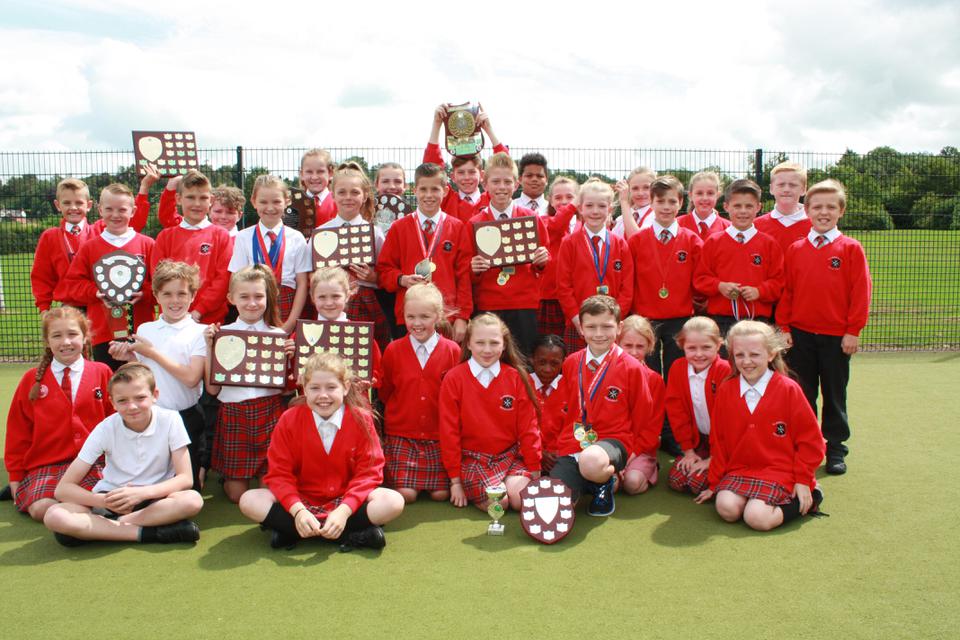 Today, our wonderful Y3/4 Netball squad made the journey to South Moorlands Leisure Centre to play in the annual CADSSA Y3/4 Netball Development Event.  This wouldn't have been possible without the extraordinarily kind Mrs Harrison, who gave up time on her birthday to take the entire 6 player team to then venue!  The team played superbly well to win the event unbeaten! Below is Imogen's report of the afternoon.

St John's could not have done better than what we achieved today.  Firstly, we played St Joseph's and won 1-0 and then played another match and won 2-0.  Next we played another match and won 3-0.  We just kept getting better and better! We did an absolutely amazing job in the next match by winning an unbelievable 6-0!  This made sure that we through to the semi-finals.  We drew 0-0 in the first match so we had to have a rematch and won that 1-0.  This made sure that we through to the finals where we played St Thomas' and won 2-0 making us the winners of the tournament.  Everyone in the team scored at least once and enjoyed themselves.  We were superstars but sadly lost every toss up that we had!

The following reports on this event have been written by Y5 athletes!  Thank-you for your awesome reviews!

Today we had a special P.E. lesson with Moorside and we did a very challenging but fun lesson.  I liked all of the activities but if I had to choose one then it would be speed bounce!  I also liked the everybody cheered others on.

I'd like to say thank-you for Mr Redfern for organising this event for Y5.  I'd also like to thank Moorside and the students for giving up their afternoon for us.

Today's P.E. lesson with Moorside was really enjoyable because it challenged me to persevere and to not give up in various activities.  I would like to thank the Moorsiders for a fun and different kind of P.E. lesson!

Today Y5 had a wonderful P.E. lesson full of fun, hard work and perseverance.  We split into 5 different groups and started our first fun task!  The tasks were step-overs, long jump, sprinting, throwing bean bags at target buckets and throwing a 1kilogram medicine ball.  We loved every second of the hard tasks and wish we could do it again! 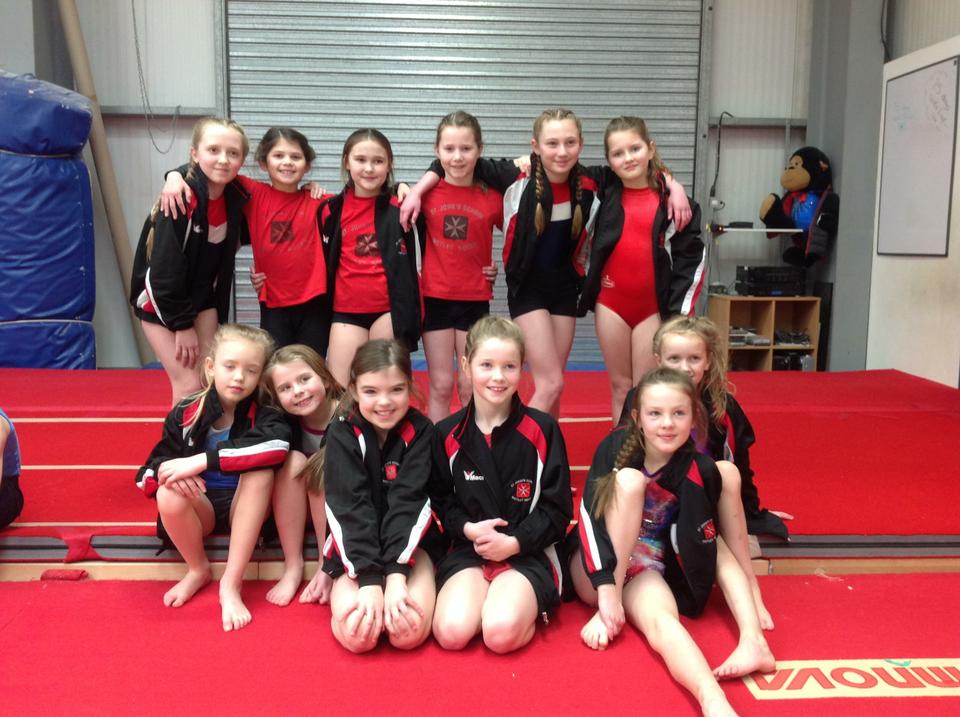 Today, 12 of our gymnasts from Y3-6 made the journey to Uttoxeter Gymnastics Centre for the annual CADSSA Gymnastics Competition.  All involved had worked their socks off to rehearse and refine their routines during extra sessions at school and performed them in front of expert judges.  We're very proud to say that our fantastic team performed so well that they earned a first place position!  Congratulations to all of our winners and massive thank-you to all parents / carers who provided transport, made arrangements or even took time to stay and watch the event.  Thanks also to Mrs Simcock and Miss Parish for accompanying the children.

Check out the gallery below!

Over the past couple of weeks, 17 members of Y4 that had not yet represented the school in sporting competition took up the opportunity to head up to Moorside High School for a cheerleading and dodgeball competitions.  With an emphasis on fun and boosting confidence, the events have been a great opportunity for our children to interact with pupils from other schools and engage in healthy competition.  All who attended had a fantastic time thanks to Ms Harp and her great sports leaders.

Thanks to Mr Fenton for accompanying the children to both events and to Moorside High School for kindly providing transport.

Another week, another netball tournament! 6 of our Y4/5/6 netball players participated in a Netball Development tournament at South Moorlands Leisure Centre.  All involved played excellently displaying great handling, movement, marking, passing, shooting and - importantly - footwork and determination.  It was a superb tournament that saw our team work their socks off to go undefeated.

Sport is back after a bleak December!  Today, our Y5/6 netballers took part in an 8 school tournament to crown the best netball team in the Staffordshire Moorlands.  Understandably, our recent training club schedule has been disrupted by the poor weather so it was great to finally get a solid netball session in!  After going undefeated throughout the tournament, it came down to a final with a very familiar netball opponent- St Thomas' of Tean.  It is fantastic to play against St Thomas'- they're always committed and talented and it's great to see such a likeminded school that understands the value and power of physical activity and sport.  This time, St Thomas' came out on top to win the tournament however our players performed superbly and should be very proud.

Thanks to all parents for your support and to Miss Goodwin for her fantastic coaching!

Today, 16 of our Y4 children took full advantage of a fantastic opportunity to head up to Moorside High School to participate in an extra PE lesson - with a twist!  The children were able to take full advantage of working Moorside's Sports Leaders (many former St John's pupils) to create a cheerleading routine after working their skills and application.  Miss Harp, the Moorside PE teacher, was VERY impressed by the enthusiasm and achievements of all!  Well done!

Thank-you to Miss Harp and Moorside for the opportunity and to Mr Fenton for accompanying the children.

Congratulations to the Year 4/5 boys and girls who represented St. John's so wonderfully during the Sportshall Athletics Small Schools competition on Tuesday.

This evening, our A League footballers kicked off their 2018 CADSSA campaign with fixtures against St Thomas', St Giles' and CADSSA newcomers Springcroft Primary.  Tackling the challenge posed by our infamously small goals, all teams struggled to trouble the score sheet however there was some excellent football on show.  Across the 6 games played, only one goal was scored- a well-worked free-kick by our very own St John's footballers!  The team registered the following results:

Congratulations to all who played and a massive thank-you to all parents / family members in attendance for your terrific support!

The boys and girls in our B League squad made the short journey to our neighbours Cicely Haughton Manor Academy to tackle the first two fixtures of this year's CADSSA B League.  There was some great football on display from all involved and an impressive understanding of teamwork and positional play from all in our team as they won both of their games.

Congratulations to all involved and thanks to parents / family members for your support!

We have received information from one of local football teams, Werrington Wasps Under-7s.  They have invited any child at our school sitting the age category to attend training on a Thursday evening completely free of charge at the Parish Sports Ground (next to Shukers on Moorville Road.  Contact is to be made to Howard via the Werrington Wasps Facebook page!